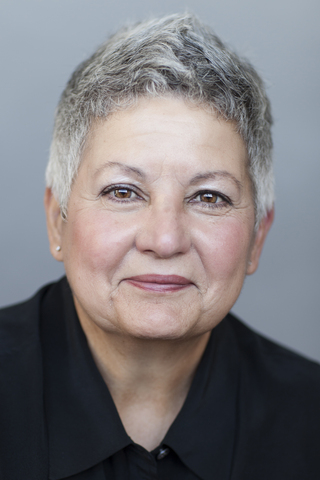 Flor Fernandez Barrios was born in Cuba. She immigrated to the United States in 1970 when she was fourteen years old. She graduated in 1985 from International College with a Doctorate degree in Transpersonal Psychology. She is currently in private practice as a psychotherapist in Seattle. In addition to her practice, she is a nationally recognized workshop leader on multicultural issues and spirituality. Her first book Blessed by Thunder was published in 1999. Her second book The Mask of Oyá was published in 2006. Her work has been anthologized in several collections, including Storming Heaven's Gate: An Anthology of Spiritual Writing by Women; Intimate Nature: The Bond Between Women and Animals; The Fabric of the Future: Women Visionaries Illuminate the Path to Tomorrow; Face to Face: Women Writers on Faith, Mysticism, and Awakening; and I Wanna Be Sedated: 30 Writers on Parenting Teenagers.

The Mask of Oyá: A Healer's Journey into the Empowering Realm of Ancestors and Spirits
Flor Fernandez Barrios strips away the skin of appearance to reveal the complex and fascinating world of the healer. By sharing her transformation with us, she shows us our own ability to transform.
--Kathleen Alcalá, author of Spirits of the Ordinary

Blessed by Thunder: Memoir of a Cuban Girlhood
Vivid and unsentimental, Blessed by Thunder traces one woman's mystical roots, immigration to America and spiritual coming of age.
--St. Petersburg Times

Blessed By Thunder: Memoir of a Cuban Girlhood.
Loading…}